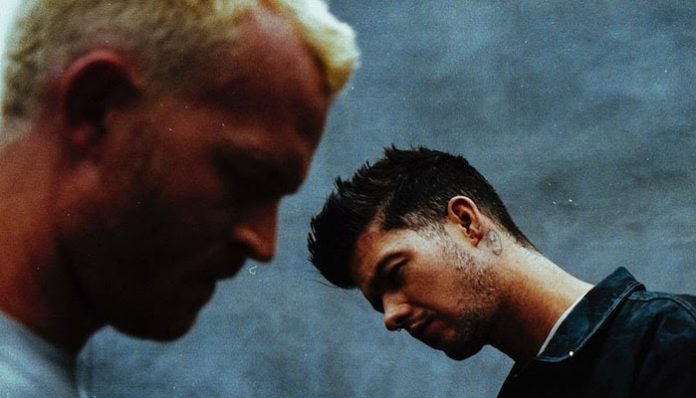 Earlier this month, Travis Mills made his return to music with the new pop-punk band girlfriends and their debut single “California.”

Now, girlfriends are back with their highly-awaited follow up single “Eyes Wide Shut.”

Mills, also known by the stage name T.Mills, forged a path for himself in music thanks to MySpace. After being discovered on the platform, he eventually earned a major label deal and a spot on Warped Tour.

In recent years, however, Mills made the conscious decision to take a step back from his music. Following the loss of his close friend Lil Peep and other personal matters, Mills realized he had so much to say. He then made the decision to put his energy and emotions back into music.

“I just had so much to write about,” Mills says. “It came from a genuine place. I’d be stressed out, or bawling my eyes out, and the songs would come very organically. If we ever spent more than an hour trying to figure out a hook or a verse, we scrapped it and just kept moving. This project is different from anything else I’ve ever done.”

Eventually, he joined forces with Nick Gross, a founder of the California-based record label Big Noise and the educational foundation Find Your Grind. Together, they created the pop-punk band girlfriends.

Earlier this month, they unleashed a video for their debut single “California.” The track was produced by the legendary John Feldmann who also makes a cameo in the video. Since its debut, “California” has earned over 1 million streams across digital platforms.

On Friday, girlfriends officially unveiled the new single. “Eyes Wide Shut” is all about reminiscing over a relationship that has ended and trying to go on without that person by your side.

“Eyes Wide Shut” is available to stream below.

What do you think of girlfriends’ new single? Let us know in the comments below.