Rob Zombie is making his momentous musical return with his first single in nearly five years, “The Triumph Of King Freak (A Crypt Of Preservation And Superstition).”

After Zombie announced that he had started work on his upcoming album on Aug. 1, 2017 in an Instagram post, the wait has finally come to an end. The new track arrives following teasers this week with an accompanying music video, launching Zombie’s freshly announced seventh full-length album.

The track kicks off with some ominous slide guitar and a jangling tambourine before launching into Zombie’s usual explosive industrial-tinged metal sound. Part way through, a record scratch break cuts into a nasty pinch harmonic-accented breakdown before closing out.

As for the video, it’s layered with an old-timey film filter while footage of the band performing the track, live shots and a dancing, ghoulish knight splice together the clip. You can check out “The Triumph Of King Freak” video below.

Further celebrating the release, Zombie is making an exclusive colored 7-inch available for the single with B-side “The Serenity Of Witches.”  Check it out here.

Production on the new album comes from ZEUSS who has previously worked with Zombie on several musical and film projects such as 2013’s Venomous Rat Regeneration Vendor, 2017’s 31 and 2019’s 3 From Hell . He’s also produced records for the likes of Hatebreed, Demon Hunter, Revocation, Suicide Silence, Born Of Osiris and more.

Zombie’s longtime friend and guitarist John 5, praised Zombie’s pending album in a 2018 interview. “This is the best Zombie record that he’s ever done—by far, no comparison,” John 5 says. “It’s definitely his Sgt. Pepper—for sure.”

You can see the forthcoming album’s tracklist and cover and lyrics for “The Triumph Of King Freak” below. The single, as well as preorders for the album, are available here. 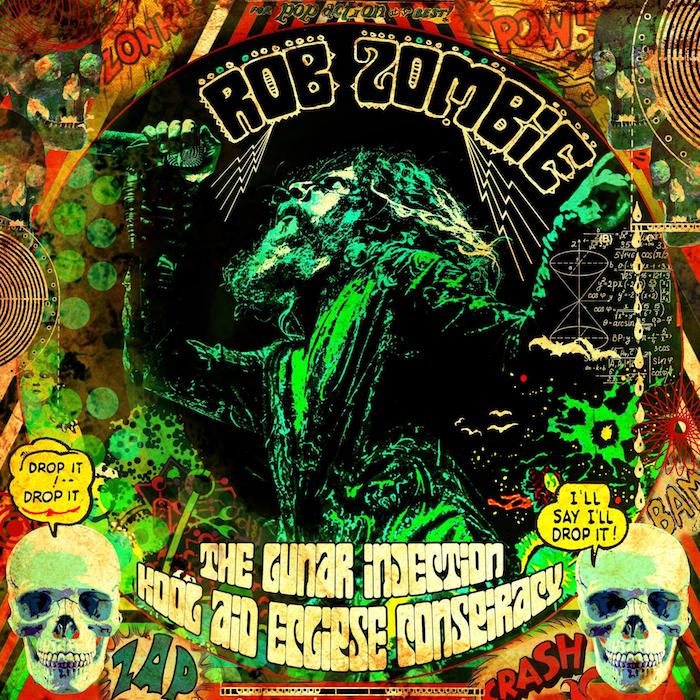 Read more: 10 songs that are as captivating as the horror movies that inspired them